So we went to England as a family and it solved a whole ton of thoughts and "things"
Firstly both the girls were not excited to get on the flight there, as it was a night flight, over the ocean and they werent arriving at MCO. Cue meltdown by Lily 2 hours in as she fought a desperate desire to go home, not be on the plane, feeling sick. It was the exact same as it had been on I95 in the middle of the night almost a year prior to this trip. Only this time, she couldnt get out.
I thought that had been bad, this was worse and I felt awful for her. Westjet staff rocked as they tried to help and eventually she fell asleep.
Ace and I had been at a horse show all day, in fact I left him there to be brought home by friends, so I had planned a glass of wine followed by a nap on the plane. Neither happened.

Chloe had her own perceived turbulence issues, so no one enjoyed the ride, so to speak.

On arriving in London Gatwick, the girls were massively unimpressed by the rudeness of people and we arrived at Angies tired and feeling somewhat culture shocked.

In a nut shell it was as usual in following: driving, grocery costs, eating out. Loved all that. We had a little Yaris hybrid that sucked compare to the Ioniq frankly but got us around ok.
We went to a couple of amazing lunches in a beautiful barn conversion on a golf course with lots of rabbits everywhere, so cute. Saw nannys house again and and Lily and I walked down the concrete strips and I reminisced about life there as a child and she listened. We saw the changing of the guard at Buckingham palace and trailed 8 miles around some of Londons sights, ending at Borough Market which was pretty cool but by then we were too tired and foot sore to appreciate it.

The weather was hot! Although it cooled down at night. And it was what I can only describe as a sharp heat. No hot steamy soft heat that I love in NS. It was strip your skin, no ozone layer about, bright light heat.

I had almost a whole day with my good friend Karen in Tunbridge where we indulged in White Stuff and had a lovely lunch. It was like old times. It was so very hard to leave her.

We saw dad and auntie Sue who made us delicious cream teas which we ate in her beautiful garden. We ate out with Pauls dad and had a great family BBQ. 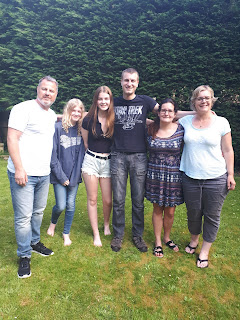 My brother and Claudia <3 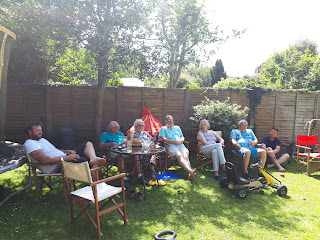 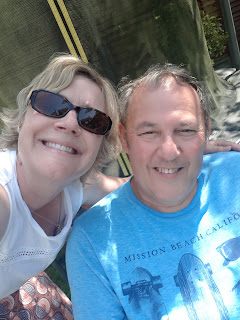 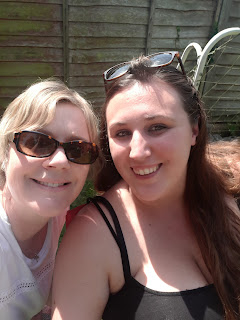 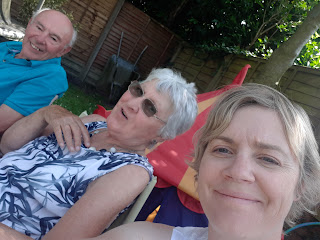 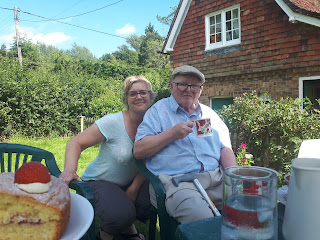 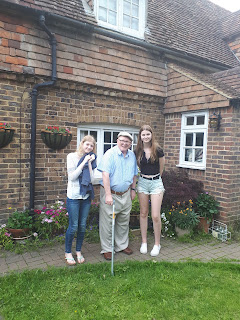 Dad and the girls at Auntie Sues 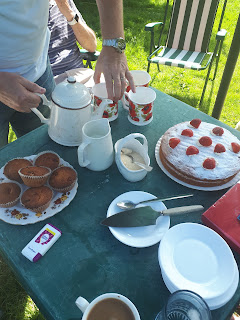 Met some of my oldest besties at a pub garden and took the girls to the Crawley Mall. As usual Paul hated it there and so did the girls so we left there fast.
I got to spend most of a whole day with my brother and his most lovely girlfriend who I adore.
I had a lovely 2 zen-like hours on a Sunday morning talking horses with one of my oldest horse buddies. I miss Jane tremendously.
Chloe hung out most days with her oldest BFF.

But...all in all we were pleased to go home again. The girls are not British anymore and missed their NS home.  I chilled a whole lot more and spent more time than usual but it was still one of those squeeze everyone in trips, as much as you can. 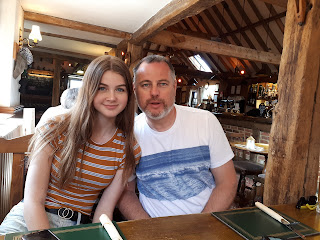 At the Oak Barn Restaurant in Burgess Hill - highly recommended 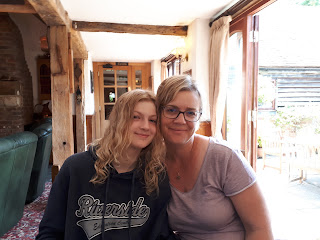 One of our evening walks in Horley 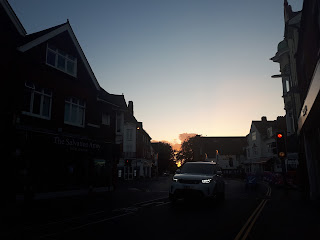 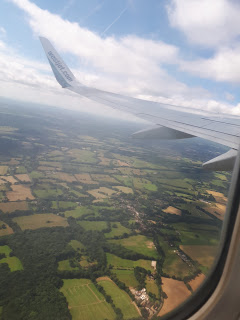 England - our green and pleasant land

This blog is to allow our family and friends to follow us in our new life in beautiful Nova Scotia. Life is a great adventure and we plan to use this opportunity to try new experiences, eat different food, be healthy and happy and to strive to never live the same day twice

Natasha
A Brit in Nova Scotia. A coffee loving, weather and horse obsessed, Florida junkie in love with my family and my home and all that is Nova Scotia and the Florida Keys..... welcome to the thrills and spills as we muddle our way in our new homeland off the East coast of North America.